Most seasons of Power Rangers are pretty consistent all year, whether they're great, mediocre or just ones you'd rather forget. The past 23 years have seen it all, but not many changed halfway through quite like SPD did.

Greg Aronowitz and Bruce Kalish brought a fresh take to PR with a fun two-part premiere - introducing the original A-Squad team and what would become the B-Squad team of Rangers. Decent storylines, episode plots and characters kept things up pretty well, capped off with a great two-part episode where Commander Cruger became Shadow Ranger. But around episode 18 the season started to go downhill in a one-two punch of dull episodes followed by the introduction of Omega Ranger who would be stuck as a ball of light when not in Ranger form, because an actor was never cast (of one the seasons major offenses). SPD also got in the habit of B-Squad acting like they never learned anything like teamwork, and plot points would come up that really should've been long resolved. Still, these weren't necessarily bad episodes I thought and most of them would get a 4/5, as the plots were usually decent. There was just always something wrong, something to be nitpicky about. The show also got a lot of flack for doing an awful teamup episode with DinoThunder after a separate one that would've been fine if it had been the only one.

In some areas SPD did thrive like having their own set of creatures to the sentai counterparts - which Greg did a great job with - and the cast would become of the best of the Disney years. Having aliens living among humans in the future was very ambitious and the A-Squad (who would become evil offscreen) was one of the best storyacrs. So that's SPD, for better or worse one of the biggest tale of two halves PR has ever seen. 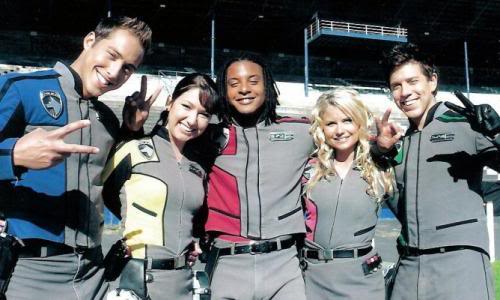